As Carson readily points out, most pesticides and herbicides do not solely target the intended pest but harm all life in the area. 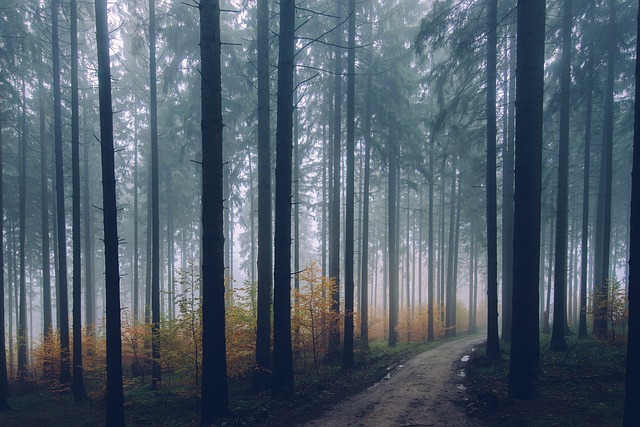 Without fail, each Earth Day brings mention of Rachel Carson’s most famous work of nonfiction, Silent Spring1—a book renowned for its role in forwarding the modern environmental preservation/conservation movements. Although published more than 50 years ago, this book, meant to raise awareness about the dangers of pesticides and herbicides commonly used in the early 1960s, continues to resonate with readers today. There is good reason for this continued interest. While one might reasonably expect a book discussing such a serious topic to be a dry but dire treatise, Carson surprises with her eloquence, her clear but never tiresome description of scientific knowledge, and her passionate reproofs of shortsighted policies.2 And while our worries for this world may have changed (and indeed may have worsened), many of her concerns remain relevant.

Water must also be thought of in terms of the chains of life it supports— from the small-as-dust green cells of the drifting plant plankton, through the minute water fleas to the fishes that strain plankton from the water and are in turn eaten by other fishes or by birds, mink, raccoons— in an endless cyclic transfer of materials from life to life.

To discuss impact of pesticide and herbicide usage, Carson needed to dispel the notion that such chemicals found in household products and applied to lawns, gardens, fields, and forest were “safe”, an impression conveyed by the manufacturers and government agencies alike. Carson, therefore, had to educate her audience about how ecosystems function, how chemicals agents operate and spread through various environments into others, and how exposed species (both human and non-human) were affected. She happened to be ideally suited for this task. Science and writing were Carson’s twin passions, and she utilized both professionally at US Bureau of Fisheries (later, the US Fish and Wildlife Service) and when writing for the Baltimore Sun. She eventually transitioned to writing about science full time, publishing articles in the Atlantic and The New Yorker as well as bestselling nonfiction books about maritime species and environments. With this experience, she painstakingly (but never condescendingly) translated the technical scientific data underwriting her contentions into the crisp prose seen in Silent Spring.1, 3, 4 Indeed, one of the achievements of Silent Spring is that it serves as an excellent layperson’s primer for environmental studies.

How could intelligent beings seek to control a few unwanted species by a method that contaminated the entire environment and brought the threat of disease and death even to their own kind?

The picture Carson paints, beginning with the imaginative exercise of small town suffering from an ecological devastation to the actual places suffering devastating drops in beneficial insects such as wild pollinators,5 bird, fish, and other animal populations—not to mention pet and human life—is a disturbing one. As Carson readily points out, most pesticides and herbicides do not solely target the intended pest but harm all life in the area. Pesticides either infiltrate ecosystem food chains and the surrounding soil and waterways, indirectly poisoning or killing other living beings. These chemicals, shown to persist long after application, continue to do damage as they chemically alter and/or combine with other pesticides used, potentially magnifying their destructive capacity. And the damage continues into the next generation, as reduced reproductive capacity is also seen among exposed creatures.

While this may seem like a regrettable necessity to protect crops or to decide between protecting trees or birds (to use her example), Carson reveals that the benefits of pesticides are remarkably short lived as they require repeats applications, often with increasingly deadlier pesticides since the surviving pest insects are immune to previously applied pesticides. Instead of eliminating pests, a pesticide-resistant species is bred. To further illustrate the futility of this exercise, Carson describes several, more effective methods for controlling pest species (both plant and insect), among them employing less broadly toxic and safer pesticides (eg, pyrethrin), using appropriate fungicides, selective (versus blanket) spraying, introducing predator species, and increasing biodiversity; she also points to promising approaches in development. Not content to count the loss in terms of life and beauty, Carson also points out the dramatic costs involved with using chemical versus the usually less expensive, more successful alternatives she suggested. She is also quick to add another economic cost associated with destroying natural habitats: tourism is negatively affected by blighted vegetation and dying birds and fish.

The key to a healthy plant or animal community lies in what the British ecologist Charles Elton calls “the conservation of variety.” What is happening now is in large part a result of the biological unsophistication of past generations. Even a generation ago no one knew that to fill large areas with a single species of tree was to invite disaster. And so whole towns lined their streets and dotted their parks with elms, and today the elms die and so do the birds.

Although Carson’s book focuses heavily on the damage wrought by indiscriminate pesticide and herbicide usage, readers can readily discover passages describing the beauty of the natural world she loved throughout her text. Her imaginary small town that “lay in the midst of a checkerboard of prosperous farms, with fields of grain and hillsides of orchards where, in spring, white clouds of bloom drifted above the green fields” evokes numerous rural places found throughout the United States (Carson 1). Her description of the western grebe is similarly vivid:

the western grebe…is a bird of spectacular appearance and beguiling habits, building its floating nests in shallow lakes of western United States and Canada. It is called the “swan grebe” with reason, for it glides with scarcely a ripple across the lake surface, the body riding low, white neck and shining black head held high. The newly hatched chick is clothed in soft gray down; in only a few hours it takes to the water and rides on the back of the father or mother, nestled under the parental wing coverts (Carson 47).

Carson’s compelling imagery enchants, just as the juxtaposition of dead animals (the western grebe were decimated by DDD [a chemical cousin of DDT] in the 1950s) and wasted swaths of vegetation shock. When we witness this beauty and contrast it with the results of indiscriminate pesticide and herbicide use—agents that often cause much harm with few results—it’s easy to understand why Carson felt compelled to speak for the wild places and their inhabitants.6

As biographer Linda Lear notes, “Silent Spring compels each generation to reevaluate its relationship to the natural world.”3 It also reminds us that we are very much part of that natural world, which means the decisions we make for nature our ones we make for ourselves and future generations. It’s difficult to read Carson’s words and disregard the potential for harm we may do, should we not heed her call.